Photo: Placard of hunger strikers in Yarl’s Wood from the Detained Voices website

This week, women in the notorious detention centre Yarl’s Wood started a hunger strike to demand better conditions and the end to the government’s ‘hostile environment’ towards migrants.

Amongst the hand-written demands, they state that the Home Office should provide due process before migrants are imprisoned on immigration matters; adequate access to healthcare; as well as the end of detention of vulnerable people who are victims of violence.  A report by Women for Refugee Women in 2017 found that 85% of women who had claimed asylum locked up in Yarl’s Wood are survivors of sexual violence and other types of gender-based violence. This statistic goes hand in hand with the casework from the Latin American Women’s Rights Service which uncovered that migrant women with insecure legal status are less likely to report violence and abuse to the police than those who have regularised status out of a realistic fear of detention and deportation.

According to the Rule 35 guidance, the Home office cannot detain individuals who are vulnerable or at increased risk of harm from detention. Regarded as “adults at risk” means they:

“are suffering from a condition, or have experienced a traumatic event (such as trafficking, torture or sexual violence), that would be likely to render them particularly vulnerable to harm if they are placed in detention or remain in detention.”

Rule 35 is failing. Women who have reported VAWG to authorities who hold an insecure legal status are often detained unlawfully and are revictimized by the state. Today, on the 28th of February, Eliana, a Colombian woman was unlawfully detained in Yarl’s Wood. She had fled gender-based violence, as well as persecution, trafficking, poverty and homelessness. 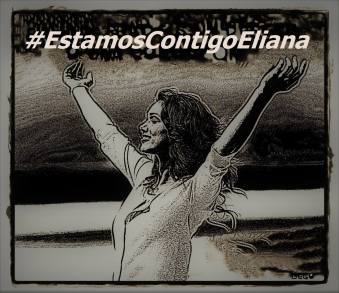 Eliana is also epileptic and triggered by stress, and thus at risk of brain damage and/or death as Yarl’s Wood is notorious for neglecting disabled detainees. As the Facebook page created for her release states: “Her deportation would be a grave miscarriage of justice by the UK home office and violation of Eliana’s human rights”.

The lack safe-reporting mechanisms in the statutory agencies and a hostile environment which promotes the detention system, has only continued to violate women like Eliana’s rights to access safety and protection.

The SUMW campaign recognises the courage of these migrant women to go on hunger strike and urges the government to provide a prompt response to the continued denial of basic rights to women in detention.