As the storms around the Windrush scandal continue to rage, the women’s rights sector are questioning the implications of the ‘hostile environment’ on migrant women survivors of domestic and sexual violence. The Step Up Migrant Women UK campaign aims to challenge the treatment of migrant women in a political climate which has sought to deny migrant women their access to safety.

Over the past two weeks, we have heard impassioned speeches from MPs, including MP for Tottenham David Lammy, who are justifiably outraged by the treatment of Windrush migrants and their children. In light of the Home Office deportation targets, we must not forget that the hostile environment affects all migrants. When emphasizing the blatant injustice the Windrush migrants have faced we must not allow the division between ‘deserving’ and ‘undeserving’ migrants, as there is a danger in further marginalizing vulnerable migrants, in particular women.

The End Violence Against Women Coalition have released a briefing which outlines how migrant women experience higher levels of domestic and sexual violence and yet, are less likely to seek support from authorities for fear of being detained and deported. Essentially a two-tier system has been created for survivors of domestic violence where settled 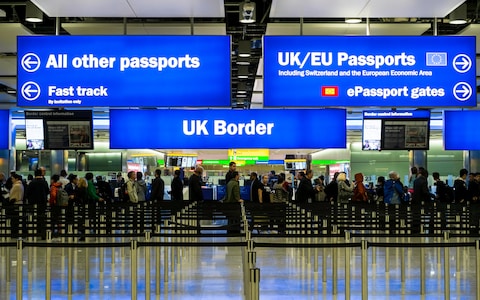 Migrant women are left without access to safety.  By separating migrants into the ‘legal’ and ‘illegal’ dichotomy we are further stigmatizing migrant women with insecure statuses who are more vulnerable to abuse and exploitation and more likely to face negligence from the state.

On May 2nd 2018 an event was held in parliament to discuss the importance of including the rights of migrant women in the Domestic Violence and Abuse bill. Women working in the sector focused on how the hostile environment has led to the deterioration of migrant women’s rights. Illary Valenzuela from LAWRS and the SUMW campaign stated:

“The police are violating their duty of protection, this is a step back towards the protection of migrant women victims of abuse, the Domestic Violence and Abuse bill should not further marginalise migrant women and women of colour from seeking justice”.

Marai Larasi, director of IMKAAN, draw attention to the fact that abusers are using immigration policy to further victimise women. Marchu Girma, deputy director from Women for Refugee Women, hammered home the point that we can’t prioritise the safety of women according to their immigration status by asserting ‘No women is safe until all women are safe’.

Sajid Javid, the new Home Secretary, has tried to assure the public that the Home Office’s ‘hostile environment’ policies will be overturned and replaced by the ‘compliant environment’. However, until safe-reporting is adopted as a practice, migrant women will continue to endure violence and fear seeking help from authorities.

We must never forget what the Windrush generation is going through. We must stop hostile environment policies. Step Up Migrant Women UK will continue to push for safe-reporting to ensure migrant women survivors are able to reach out for support and safety without fear of deportation.