Step Up Migrant Women (SUMW) is a campaign ‘by and for’ migrant Black and Minority Ethnic (BME) women led by the Latin American Women’s Rights Service (LAWRS). The SUMW coalition is formed of more than 50 organisations that work and advocate to support migrant women to access protection from abuse.

This happens because there are no specific guidelines on how police officers should deal with victims who are migrants. In 2018, Freedom of Information Requests showed that 60% of the police force reports a victim’s immigration status to the Home Office.

Prioritising immigration enforcement over human rights prevents migrant women to report domestic violence due to a fear of being treated as a criminal. The lack of safe reporting mechanisms creates a barrier for migrant women seeking support to flee violence and exploitation, putting their lives at risk and allowing perpetrators exert abuse with impunity.

The obligation to report undocumented migrants is usually justified in the name of tough immigration control, but this  ‘hostile environment’ policy puts basic human rights at risk. Rights that are part of the Human Rights Act, which guarantees the same fundamental rights to everyone, regardless of their nationality, background or immigration status. 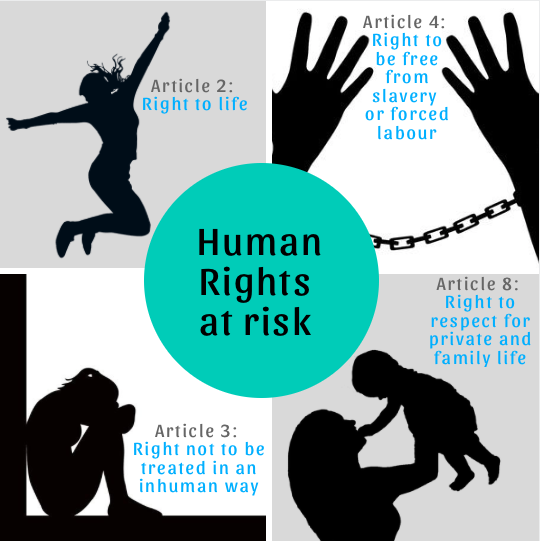 The government should be outspoken about its zero tolerance to domestic violence and abuse, and send clear messages by deterring perpetrators who weaponise their victims’ insecure immigration status as a tool os coercive control. Perpetrators should not be able to hide behind ‘hostile environment’ policies and use them to exert abuse, which often involves making the victim undocumented (e.g. by taking passports away or controlling home office applications). 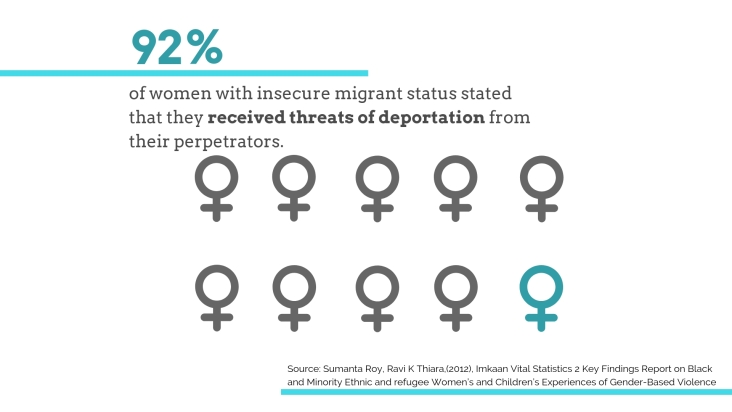 How to fix this?

The European Commission against Racism and Intolerance (ECRI) suggests the implementation of a ‘firewall’ which aims to make a clear distinction between criminal and immigration matters. Once a firewall is in place, victims with insecure immigration status can report crimes to the police without being arrested.

“The implementation of the provision protects the rights of victims without any discrimination of migrant or refugee status.”

Council of Europe, Istanbul Convention Action Against Violence Against Women and Domestic Violence

The current ‘hostile environment’ policy in practice in the UK represents a threat to migrant women with insecure immigration status victims of crime, as their details are often shared for immigration control purposes.